It is time for your next great idea -

the work that will change how your audiences see the world,

and how they see your role in that world.

Your book will unfold this idea, piece by piece, change by change,

and story by story.

"We got a huge amount of mileage out of this work! Jay helped me organize my insights and stories not just for speaking, but also for launching my new company, and for many successful pitches."

But let us be clear: this is not just a book.

This is a living story, designed to be told and retold, across media.

The ideas, insights and stories will be tested

and given lift along the way.

The process draws on a dozen years of transformative

"I came to Jay to change my stories.
What I didn't realize was that my stories would change me."

Ken Dychtwald, CEO and Co-Founder of Agewave
with his new book, Radical Curiosity: One Man's Search
for Cosmic Magic and a Purposeful Life

Retellable Book Coaching helps you connect the dots and

bring them into a purposeful constellation of retellable stories,

insights and lessons that will lead your audience

into a new way of being.

You will have a trusted, time-tested guide on this deep journey into

your next great work.

"Jay doesn't give me the answers I was searching for. He teaches me how to find the answers myself. This work is f-ing genius."

Through the process you will:

"The most important thing I found in this work was being able to tap into the essence of myself in the way that I weave words."

Amy Henderson, CEO and Founder, Tend Lab
Author of the upcoming book Tending: Parenthood and the Future of Work

"Working with Jay gave me greater purpose and greater focus.
It wasn't just the ideas; it was the way in which he was able to present how those ideas came together that connected to people's feelings - and their heart - in a way that helped them look forward." 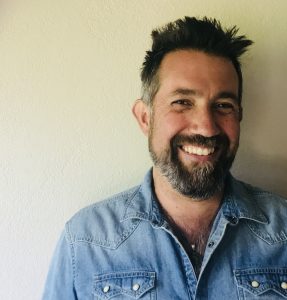 I always knew I was going to write a book; I just didn't know it would take so darned long. When I was finally training some notable companies in the Silicon Valley, my friend Jon, a local entrepreneur with whom I had moved to Aspen to ski bum years ago, convinced me to write an ebook. But I was overwhelmed with managing what I already had on my plate. "Just give it six weeks of your mornings," he said.

So I began. I was just going to write about what I knew. But six weeks in, I remember sitting there in my geodesic dome in my garden in Berkeley (the only home office you could see from space, I mused), I had, well, a unique moment.

I sat there at my little desk looking out at the lemon tree out the circular window, and I realized, I can't just write some six-week ebook. This has to be good.

Now I love hard challenges, but that's mostly because I love finding the natural flow of learning. This was not that at all. I could already tell this process was going to push all my buttons. Brain science that I couldn't grasp, frameworks that I wasn't ready to face, research that I didn't know what to do with. But as I stared at this document, I knew I had to rise to the occasion. This has to be good, I repeated, as if setting off on a journey.

And that's when the voices came.

They came storming in over both shoulders.

One said, Why? It's good enough. This was the old me, the improv actor, the person who threw himself into languages and learned his way out. Show up and bring something great. But I knew this wasn't great.

Then finally, the last voice, the mean voice: You won't be able to finish it. Just another thing you start that just hangs out there.

I knew in that moment that these voices were all reflecting back my own excuses - ones to which I had submitted in my younger life - in order to avoid growing in the way I needed to grow.

I thought about my journey. I had been following my passion for a long time. And I wasn't willing to give up that passion, even now I was not just growing a business, I was growing a family.

And so, my answer came, from my deepest self, surprising even me: I'm a dad now. I have to do this.

And you know what they said?

Nothing. The voices shut up. And they never returned.

I gave myself six months. That turned to a year, then two. I went through five different titles. I workshopped every story I knew. I hired an editor, and got counsel from a dozen friends. I rewrote my intro 183 times - to find the right story that told about stories.

And four and a half years later, I finished.

And that's the week that everything changed. The phones started ringing. Not because the book was out. Because it was done. What I hadn't predicted about this process was how much it would change me. How much I would learn about story, about myself, and about what I'm actually teaching. Along the way I had designed an approach that could be used over and over again.

And so it was. In the following few years, I traveled to several continents, speaking and coaching transformative leaders to develop their insights, their lessons, and their greatest gifts into presentations and writings that would change their audiences over and over again.

This work is about helping you bring your greatest gifts to the world. And to help you avoid the pitfalls that took me years to navigate.

Q: What if I just want your help to assess and clarify my story, not develop it?
A: You may choose to do the “Right My Story” offering, which lasts 3 months.

Q: How long will it take me to write it?
A: That depends on how committed you are, and how far along in the process. I can give a better answer once I review your work.

Q: I'm very busy. Do you do ghostwriting?
A: We work closely with our ghostwriters. Their support comes largely after we work to hone the stories with you and overseeing their work. The brunt of the work will be building off of what comes from our sessions.

Q: What is the difference between you and an editor?
A: My specialty is diving deep with you to find the stories that want to come out, and then helping you see how they fit together. While some editors offer that kind of hands-on approach, most do not.

Q: Do you only work with authors that are working with major publishing houses?
A: No. I believe in the value of self-publishing as long as you are willing to accept the steps along the way. I self-published my own book Retellable: How Your Essential Stories Unlock Power and Purpose.

Q: Why the story-based approach?
A: This work is drawn from years of developing speeches and stories for leaders around the world. The intent is always to find the retellable stories that carry the key messages, and bring together those key stories. While this process is not just about stories (it may well often be also about studies, philosophies, research) we use stories to carry your messages.

Q: Where can I learn more about your coaching impact? Do you provide references?
A: Absolutely! You can also view video testimonials here.

Q: Do you do the marketing and design?
A: I can refer you to great people for editing, design and promotion. And through the writing process we will distill many key messages and stories that will help you significantly as you put your book out into the world.